Lola Jaye wrote her new book The Attic Child during the rise of the Black Lives Matter movement, in 2020. Here’s what she told us about how the story unfolded 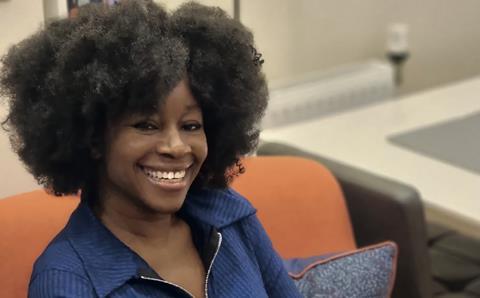 The first of Lola Jaye’s books to be inspired by a real person, The Attic Child is an epic historical novel charting the themes of love, loss, privilege, family secrets, mental health, identity, belonging and hope…through a story that focuses on an overlooked part of Black British history.

I was transfixed by a photograph of Ndugu, a young African boy, at an exhibition in the National Portrait Gallery. I was interested to see the exhibition, which was about the Black presence in Britain in the 18th and 19th centuries, because it’s a popular belief that Black people only came to this country via Windrush when in fact we were here a long time ago – even Tudor times. I didn’t really expect much; just to see a few photographs. But when I saw Ndugu, there was something about him. There was something in his eyes which spoke of misery and trauma. I said to my friend: “I don’t know who this boy is, but I need to write his story.” So as soon as I got home, I did some searching online and sadly found out that he had died at the age of twelve.

I knew I was going to reimagine Ndugu’s story. For any person to die at twelve, that’s a tragedy. And I knew I didn’t want to write a tragedy. A story that is about history with Black people could be based just on trauma. But while the story does have trauma in it, I wanted to reimagine it to show his life wasn’t just about trauma; that his life mattered and was about so much more.

We think Ndugu was born in Tobora in Tanzania; we don’t know for sure. But I always knew I would set the story in the Congo. I had read a book about Ota Benga, a young Congolese man who was displayed at the Bronx Zoo – along with orangutans, as if he too were an animal. Also, it’s always irked me that not much has been publicised about the atrocities that went on in the Congo during that time under King Leopold II of Belgium. This was an atrocity that saw the murder of 10–15 million Africans. So I decided I was going to write about that part of the world; about the injustice that was allowed to happen – one which not enough people seemed to care about.

I wrote the book in a unique time – in 2020, when we were in lockdown, and the Black Lives Matter movement had expanded overnight. That was my backdrop. Writing about an injustice was making me angry. All while on TV and online, an image of another black person being murdered in the US seemed to be on loop. All of that was very triggering. But fortunately, I’m pretty good at self-care – as we all should be. I have a therapist, because I’m a therapist. I could talk to my Black friends about it too, because we were all collectively feeling the same. I also had an outlet in my writing, where I could just let loose and create .

I knew that the book was going be about two children, and that one was going to be white and one was going to be Black. I always go with how I feel in the beginning of the writing process, although the girl changed a little bit as time went on. The story of the boy, Dikembe, who becomes known as Celestine, is weaved with the story of a much more modern-day young woman, Lowra. I wanted there to be a connection, although their stories are a century apart. These two kids feel like they don’t belong anywhere. Lowra is part of the care system, and Dikembe is in a ‘strange’ country far from home. So there’s no sense of family, no sense of belonging, but I still wanted there to be a connection, somehow, despite the years between their stories.

It was very important for me to write about mental health within the book too. I’ve been vocal in the past about how mental health is viewed in this country. The system is not good enough. And there’s still a lot of learning that needs to be done. Online is a very good example of that, where we can put up quotes about being kind to people, and yet, in another breath, criticise someone’s appearance. So in all my books, I have put a mental health element in – and I won’t stop. I think that’s the responsibility I have as a therapist and a human being.

In all my characters, there’s going to be an element of me. There’s always a character with a name that starts with an L– that’s just my way of showing that there is a part of me in it. And although I’m able to be more objective, as this is my seventh book, there’s little parts of me in both of those children – whether it’s a sense of displacement or being Black in this country. Even in 2022, you are made to feel ‘othered’, so I’m always going to write about those who feel ‘othered’ in one way or another.

My faith impacts everything. I feel that we all have gifts, which lead to our God-given purpose. Writing is definitely one of my gifts, but my faith is important to everything in my life, influencing it all – not just writing.

The Attic Child is available in print, digital and audio format now.