Our adopted daughter wasn’t waiting for us, but we chose her long before she was born 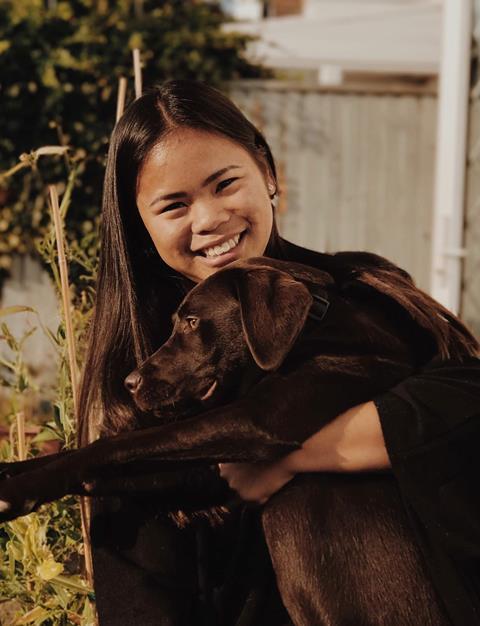 It was February 2003. I woke my husband Steve with a start, the slivers of a dream still touching the edges of my consciousness. I knew without the shadow of a doubt that God had spoken to me in the night. The date 29 November played on my lips. I was certain we would be collecting our baby from China on 29 November! However, 29 November came and went, and as the months slipped from 2003 into 2004 with no news from China, so the memory of the dream faded.

But God had not forgotten.

It was in 1998 that the idea of adoption was first stirred in my heart. Steve and I, along with our children (Hannah now 33, Joshua now 31 and Bethany now 28), had just returned from Pakistan where we had been medical missionaries for six years.

Some good friends out there had adopted a baby girl from China and that got me thinking. I prayed about whether we should adopt for three months, asking God to show me, but said nothing to Steve as I didn’t think he’d be keen.

When I mentioned the idea to Steve, he agreed that we should consider it, bearing in mind the strong New Testament mandate to look after widows and orphans (James 1:27). We began the process prayerfully, asking God to halt it if this wasn’t his will. But he didn’t; rather he confirmed it with my dream.

During this time two other families at our church in Keighley, West Yorkshire adopted little girls from China.

There is an old Chinese proverb that says an invisible red thread connects those that are destined to be together. The ‘red thread’ that wound its way from southern China to our home in Yorkshire had been diminishing in length as the years passed. As the imminence of our meeting approached, the future of Phoebe and her connection to our family pulled us ever closer, until, in Nanning, Guangxi province, our lives became entwined.

Phoebe had spent the first months of her life in an orphanage in Nanning. She knew nothing about us; she did not know that even before her birth, we had started our journey to bring her home. Phoebe did not know about the red thread – she had no idea that she was being pursued. It did not cross her mind that she had been chosen, that a plan for her life was unfolding. She just did what babies do. She wasn’t even waiting.

Phoebe did not know that there was a family who wanted her, who yearned for her to be a part of them – a family who had gone to great lengths, filled in endless forms, had been scrutinised and assessed, probed and poked for suitability, who had waited three years to see their prayers answered.

Had she been a little older, Phoebe might have doubted that there could be such a family, thousands of miles away, waiting and longing for her to join them. She might have concluded that she was not destined to be lavishly loved, protected and provided for. That her abandonment, as a three-week-old baby on the steps of the orphanage, would inevitably dictate her future. How could there be something more? 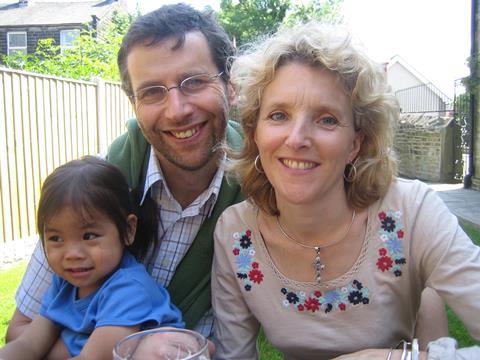 Lucinda and her husband with Phoebe

As a young missionary wife and mother of three, in the mountains of northern Pakistan, a few years before that day in southern China when we finally met Phoebe, I struggled to believe that God had a good plan for me, that he loved me and longed for me. That he had not passed me by or forgotten me. Moving away from my home and family and from the familiarity of life in the UK, to a land of dust and rickshaws, mangos and chai – from the security of cultural norms to the vulnerability of rules I did not understand – I felt exposed and raw; alone and abandoned by God. But he had not left me.

Once back in the UK, and as I walked the adoption journey with Phoebe, it became increasingly obvious to me that I had missed something deeply profound. God had given me an invitation into a father/child relationship. I knew this in my head, but not in my heart. Love had called me and pursued me, not because of anything in me, and, as I pondered Phoebe’s story, the penny dropped. I finally dared to be honest and admitted to myself that the image I had of God was altogether wrong. Twisted by circumstances that had been difficult, by disappointment and loss, it gradually dawned on me that he was not who I thought he was. At last, on my knees, I was able to confess that my understanding of the nature of God had been warped by misunderstanding, ignorance and lies. I confessed that I was indeed beloved by God, just as Phoebe was, by us, her adopted family.

I had been living as a spiritual orphan. Independent. Insecure. Cynical. I had been unable to really trust God with my precious dreams, the broken places and the shame of depression.

When Phoebe first came to live with us, she brought her little orphan ways with her. She would wait in her cot until we went to get her – she never cried out. She would have waited all day. She did not know that it was OK to seek attention, and to ask for comfort. She kept her toenails and fingernails short by nibbling on them – she didn’t know that we would cut them for her. At 21 months she could dress herself,Ad was potty trained and always did exactly as she was told. This sounds impressive, but these are orphan ways – they are not the ways of a daughter who feels safe and secure enough to challenge, test and push boundaries, as well as demand that needs be met. But it was early days, she was only little and she did not know us properly yet.

Choosing to believe the truth that I am his beloved daughter, as Phoebe is mine, has transformed my life 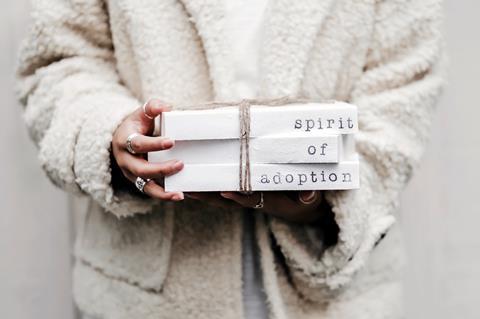 For me, the understanding and realisation that I can truly trust the nature of God, as a loving Father, has come gradually and quietly over a number of years, as I have chosen to believe that he is who he says he is, and that I am who he says I am. My exhausting orphan ways are diminishing. I do not want my life to be dictated to by my feelings or for it to be defined by past experiences. Choosing to believe the truth that I am his beloved daughter, as Phoebe is mine, has transformed my life. Today, I rest in him. I now live with a deep sense of peace and contentment.

We never did know the exact day of Phoebe’s birth, but her Abba Daddy does. Her Chinese documents state her birth as being that February back in 2003. Perhaps she even slipped into this world on the day of my dream? And God kept his promise, of course. The Chinese authorities, unbeknown to them, cooperated with his plans, and gave her to us on 29 November 2004. That was the day she ceased being an orphan, and became our daughter. It was the day she came home.

Lucinda SmithLucinda Smith is most passionate about is identity. She has just written her first book, The Red Thread, based around the story of adopting Phoebe. Find out more at lucindasmith.online