Why do Christians think Jesus was white?

The Nazis and Hollywood may have played a significant part in perpetuating the white Jesus myth, but it’s up to us all to reclaim his true Jewish identity, argues Victoria Omotoso

The image of Jesus in the West has long been dominated by one image: the white Jesus. The implications of this have reached far beyond the Global North, also seeping into the cultural landscape of the Global South. However, to fully understand the globalisation and ubiquitous nature of the white Jesus, it is important to trace its historical origins.

During the 19th and 20th centuries, a new debate about the ethnicity of Jesus was arising in Western Europe. According to scholar and author Susannah Heschel, the aim was to eradicate his Jewishness, using emerging academic research as part of an anti-Semitic agenda to conclude that Jesus was Aryan. The Nazis’ Aryan concept was one of racial ‘purification’, characterised by blond hair, blue eyes and pale skin. Those with these physical characteristics were seen as ethnically superior.

The figure of Jesus has been a central cinematic character from the earliest days of Western cinema. His image was based primarily on the blueprints of Renaissance paintings, and artists began to formulate Jesus with much fairer skin compared with earlier depictions in Eastern and North African Christian iconography. The Renaissance painters were influenced and exposed to early Christian ideologies, which began to privilege whiteness.

During the latter half of the last century, Hollywood was largely responsible for the globalisation and commercialisation of the white Jesus. What we see is not only the formation of a white saviour, but also the reinforcement of historical debates and ideologies surrounding whiteness. The overrepresentation compared with other non-white races is heightened by these cultural and cinematic representations. The effects of whiteness are maintained through the hyper-visibility of whiteness. 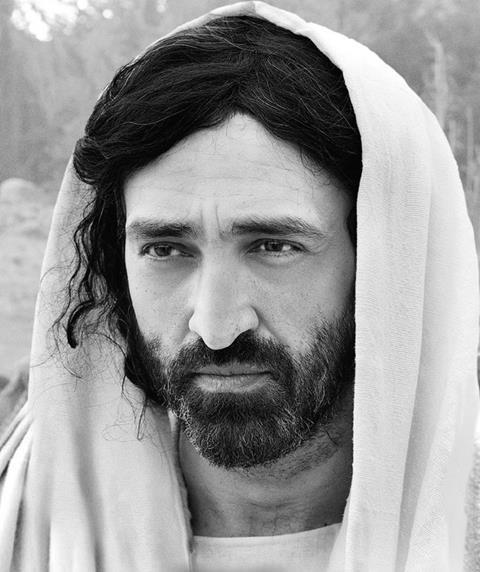 Selva Rasalingam as Jesus in The Gospel of Luke (2016)

As part of an experiment to understand how this imagery has seeped deep within the cultural subconscious, I chose two films, The Lumo Project (2014, UK) and Son of Man (2006, South Africa) to explore the cultural implications of a white Jesus on film audiences in these two regions. 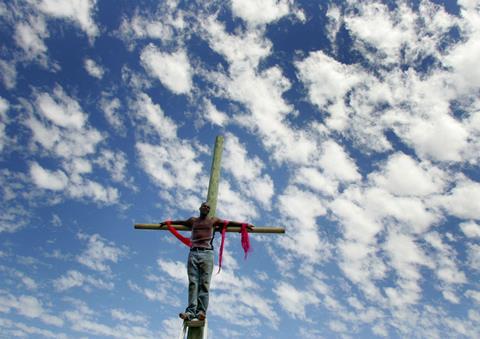 The responses identified a cultural collective memory in which Jesus is white. South African audiences, in particular, expressed a disdain for the Black Jesus and felt that, overall, the more Westernised construct was more suited to who Jesus should be. The UK audience was more open to the image of a Black Jesus, though there were signs of greater familiarity with the white Jesus due to the cultural dominance of the image.

This collective memory echoes ideologies that have arisen and been maintained in former colonies, especially. According to Charlotte Canning, author and centennial professor in Drama at the University of Texas at Austin, this perpetuates a system that “positions whiteness as the norm”. The white Jesus construct emerging as a “universally agreed tradition” exposes a deep-rooted cultural lie within our collective subconscious.

As more filmmakers and audiences are becoming more racially conscious, the resurgence of authentic storytelling is beginning to find a voice for future representations of Jesus. As the adage goes, representation matters. And it does. But we now have to begin the process of resistance to the cultural imperialism of the white Jesus. We need to begin to reclaim the identity of a Jewish man from first-century Palestine, who is Christ Jesus the Lord.

Dr Victoria OmotosoRaised by missionary parents of Nigerian ancestry, London-born South African Dr Victoria Omotoso’s PhD research focuses on the way cultural contexts and worldviews have influenced perceptions of Jesus in film. She is a visiting lecturer of Theology at Sarum College and is currently lecturing an MA course in Critical Media Practice at the University of Southampton.