Video game addiction in young people tripled over the pandemic, here’s how to spot the signs

Gaming addiction in young people increased drastically in recent years. Addiction specialist Lauren Windle explains how to spot the signs and what you can do if you’re concerned for your children. 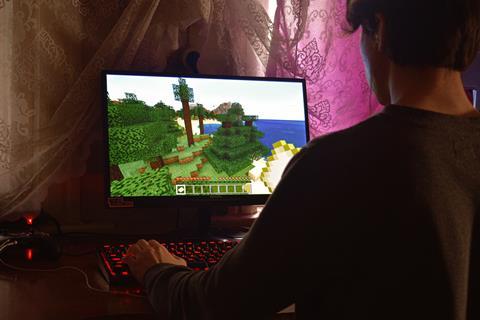 The phrase “how to break a child’s video game addiction” is Googled on average 860 times every month in the UK. To be honest, I’m surprised it’s not more. I never got into video games as a kid. I played the occasional bit of Mario Kart and managed to get a mild obsession with the Dancing Game in the arcade. But these phases passed by quickly and I soon found something else to beg my parents to buy me.

In 2019 I did a master’s in Addiction Studies and it was only then that I realised how dangerous the problem could be. The most up to date medical reference book for health diagnoses International Classification of Diseases 11 (ICD11) recognised gaming addiction where all previous verisons hadn’t. This is because people started dying. There were young people who were literally not moving from their computers, who didn’t eat or sleep or function so they were being found dead.

The vast majority of children who have developed an obsession with gaming won’t die. But they won’t really be living either, certainly not in the fullness and freedom Christ died to offer us. The number of children and young adults receiving treatment for gaming addiction tripled during the pandemic in 2020. Plenty of parents are in despair trying to work out how to enforce healthy boundaries for the sake of their family’s wellbeing.

The team of addiction specialists at Private Rehab Clinic Delamere revealed how to recognise signs that your child is addicted to gaming before it gets out of control.

What is Video Game Addiction?

Gaming addiction refers to the uncontrollable use of video games that is characterised by compulsive behaviour and can develop after a long period of excessive gaming. When a person who enjoys playing video games engages in the activity, the brain’s reward centre releases dopamine chemicals in response to the pleasurable experience and so they will often go back, again and again, to seek out the dopamine release. People can often develop an addiction to games because they are designed to be naturally addictive by creators who incorporate small “wins” into the game that keep you coming back for more, including high scores and completing levels.

What Are the Signs to Look Out For?

A loss of interest in activities they used to enjoy is a key signal. Children that become addicted to games, can often start to neglect other things in their lives that usually make them happy, such as socialising with family and friends, sports or other hobbies. Feeling irritable or upset when they can’t play games

Playing games for hours on end

A more obvious sign of gaming addiction in children is when they begin to spend hours on end without a break in front of their computer or device. They may also continue to play for long periods of time despite being told to reduce the amount of time they are gaming for.

Lying about how much time they spend playing games

Another sign of gaming addiction is if your child starts to lie or try to conceal how much time they spend gaming, or if they start going behind their parent’s back in order to play games even when they know they aren’t meant to.

Thinking or talking about their game constantly

There is nothing wrong with your children being engaged or passionate about a game that they are playing. But when it becomes all they talk or think about it could be a warning sign of gaming addiction.

Playing games for too long can also lead to distraction from other responsibilities your child may have. Those suffering from addiction will often be waiting for school to end so they can play their games, resulting in them making mistakes or seeing their performance in school work declining.

Sleep habits are being interrupted

If your child is gaming while they should be sleeping, they will start to show signs of sleep deprivation and a change in their mood.

Being preoccupied depressed or lonely

Though gaming can often be considered a social activity, it can also be quite isolating as those who are addicted can often withdraw themselves from people in the real world. If you’re worried your child might be addicted to games, signs to look out for could include low mood, or being withdrawn when you try to engage in conversation with them.

They continue to game despite negative consequences

Even though your child may be aware that their gaming habits are having negative effects on their life, including sleep deprivation, losing friends and arguing with their parents, those who are addicted will continue to game despite the negative consequences it is having.

Another symptom of gaming addiction can include neglecting personal hygiene such as avoiding showers or not changing clothes for days on end so they can spend more time gaming.

How Can You Prevent Gaming Addiction?

When it comes to any addiction, it can be very difficult to break those ties. Consulting your community in church and calling in prayer support is a great place to start as addiction can feel isolating. Then explain to your child the negative consequences you have observed in them as a result of their behaviour and put some boundaries in place with their games.

Catherine Carney, Psychiatrist at Delamere said: “There are many ways that a child’s gaming addiction can be treated and prevented. One of the most effective methods is setting a timer for your child to play their chosen game. Once the timer has gone off, they have to turn off the computer and move on to a different activity – allowing them to still enjoy their game in moderation.

“Setting a rule that your child only plays games with friends would remove the isolation aspect of gaming addiction. Suggesting a gaming party, rather than a long solo session, would allow your child to improve their teamwork and communication skills – offering a healthier environment for your little one to indulge in their hobby.”