The Woman Alive team share a tribute to the women that have shaped them as we celebrate women around the world. 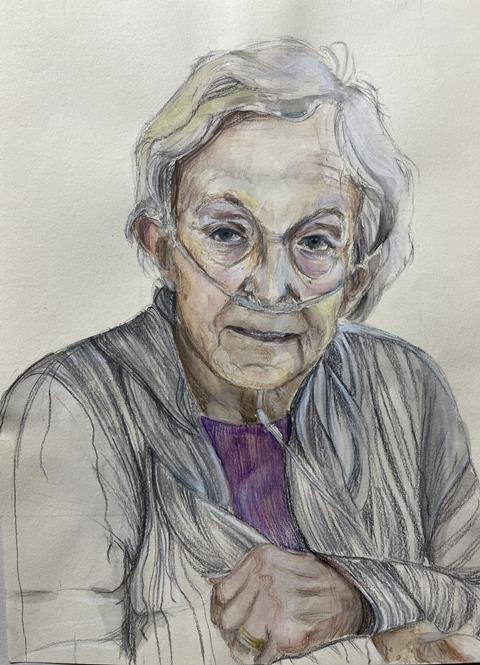 She showed me what resilient faith truly is - by Claire Musters

I want to honour the incredible woman my mum was, and the huge impact she had on my life. She, more than anyone, taught me about having resilience in my faith, about being open and honest about my wrestling but also to cling to God despite the questions. I have had two years without her now and still, every time I face a difficulty, my heart pangs as I long to speak to her – to get her wise take on the situation but also to enjoy her prayer support. Despite being isolated in her home, crippled with pain and fighting for every breath in her final years, she was a faithful prayer warrior.

Regarding her ongoing suffering, rather than asking “Why me?” she said “Why not me?” I hope I can continue her legacy of having a stubborn, strong, determined faith and being a loving, supportive, praying wife/mother/friend/colleague to those around me.

She gave me a place of refuge - by Woman Alive reporter

I was abused by a family member as a child, and although my mum was supportive, I sometimes felt like I needed to escape my life. The wonderful couple who founded our church regularly had me to stay with them at weekends, despite having children and grandchildren of their own. The wife cooked my favourite meals and let me stay up late watching telly and eating sweets. She listened, believed me and prayed with me.

She was in her seventies and I was a teenager, but I absolutely loved being there. There was a peace that just enveloped me as soon as I walked through the door. I honestly don’t think I’d be alive today if she hadn’t scooped me up and, with God’s help, put me back together again. I hope that if I ever have the opportunity to help someone like teenage me, I’ll do it with at least some of the grace and compassion she lavished on me.

When I was younger, I was taught about Esther almost as a pawn, moved between male owners with no say of her own. However, as an adult, I see the courage it must have taken at each turn as Esther negotiated the turbulent courts of a sometimes irrational and often ill-advised king. In 2022 we talk a lot about women leaders and being a “Girl Boss” and it’s great that women are making such headway in fields previously dominated by men. But this means we can fail to appreciate the crucial work done by those who do not have letters after their name or a high status in society. There are women everywhere fulfilling seemingly very ordinary but important roles. Today on International Women’s Day, I want to remember them.

When I first met Laura I was convinced she was just pretending to be nice. I was newly Christian and couldn’t believe that someone could be filled with such kindness and such gentleness, particularly when they didn’t want anything. I knew it was only a matter of time before her mask would slip and I would see the real her. So I hung back, waiting. Years went by and she was still warm and loving and prayerful. Even under pressure or stress, she was still kind to those around her.

In a world where I’ve desperately tried to be strong and boundaried and fearless, I can often fail to focus on gentlessness and kindness. But truly Laura has shown me that far from being weak, a soft and empathetic spirit is the greatest strength of all.