If you thought Jesus only surrounded himself with men… think again

Following the success of their documentary Jesus’ Female Disciples: the New Evidence, Helen Bond and Joan Taylor have written a book with an in depth look at the stories of the women in Jesus’ life. 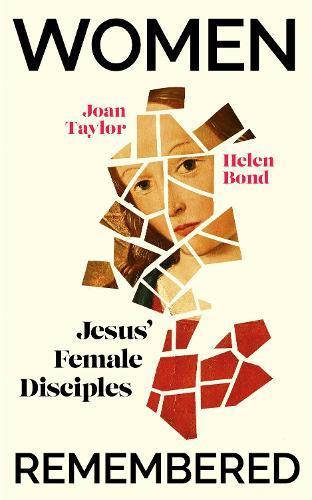 A few years ago, we travelled to Israel, Jordan and Italy to make a TV documentary for Channel 4’s Secret History series. Jesus’ Female Disciples: the New Evidence (Minerva for Channel 4, 2018) told the surprising story of a number of women around Jesus; the female disciples who travelled with him from Galilee to Jerusalem, and refused to abandon him even at the cross; Joanna the high status woman who was one of those who funded the operation; Mary Magdalene (the Tower or Magnified) who led the women’s side of the movement, just as Peter directed the men; and the mysterious Salome (perhaps Jesus sister?) whose name is scratched on the walls of a cave where Christians gathered to worship for centuries.

We’re both Professors of earliest Christianity, with a fascination for reconstructing the beginnings of the Jesus movement and the all-too-often forgotten role of women. The programme married old and new material, our own research and those of our colleagues, bringing ideas and archaeological artefacts to a much broader, public audience. Often so much of what we discover in our scholarly journeys can be kept within the bounds of the academy. We wanted to state our case to the world.

Almost as soon as the credits began to roll on the documentary, our inboxes filled with messages from viewers. The vast majority of people had enjoyed the show and wrote to thank us for bringing the women to life. There were inspiring stories of women, and girls, who felt empowered by our message. Many women – and men – sent us their experiences of sexism in the church, some of it quite heartbreaking. It was clear that the programme had touched a nerve with viewers. Almost everyone asked the same question: where’s the book to go with the programme?

Many women – and men – sent us their experiences of sexism in the church, some of it quite heartbreaking.

Luckily, we had a lot more to say. As we moved from one location to another, we ended up with far too much material for a 50 minute film. We constantly brainstormed, chatting as we drove in the hired car, imagining the lives of the women who travelled with Jesus, using all our skills and expertise to think afresh. We had a firm sense that we were learning more than we anticipated. Even being on the road opened our eyes to new things. Journeying with a mission now is very different to 2000 years ago, but, in the intensity and troubles of travels, in the camaraderie and crises, standing in the locations where those early followers and missionaries stood, we got some clearer glimpses of what it was like for them, Jesus’ first female disciples.

With the book we decided we wanted to cover as many of the named women in the Jesus tradition as possible (and quite a few of the unnamed ones too). Drawing not only on the biblical texts, but also on archaeology and later memories found in a variety of traditions and material culture, we wanted to bring these women to life. We also wanted to extend things beyond the time of Jesus. The letters of Paul mention a surprisingly large number of women, many of them acting as deacons, benefactors, and apostles. Paul sent the most important letter he would ever write – his letter to the church in Rome – by the hand of a prominent woman, Phoebe. And she would have been the first to read the letter aloud and to interpret its meaning for her audience.

We also wanted to continue the story into later times, when Christians became increasingly embarrassed by prominent women and took steps to limit their activities. The Roman world was one where men were definitely in charge, and a movement in part led by women was no good thing! Some of the most difficult passages in the New Testament, forbidding women speaking in the churches or teaching, come from this period when the church was anxious to look respectable in the eyes of pagan contemporaries. Certain of these texts have even been added to Paul’s letters by later editors. But women disciples, teachers and leaders refused to disappear. Even into the sixth century, when women’s leadership was officially banned, frescoes from the Naples catacombs show that some Christian groups were still quite happy to be led by female bishops. And in the 13th century, Martha (of Mary and Martha fame) became a Gallic saint, and was remembered for taming a dragon with nothing more than a cross and a prayer.

Women Remembered: Jesus’ Female Disciples by Helen Bond and Joan Taylor (Hodder, 2022) is the story of these women and it’s out today.

Subscribe to read the full interview with Helen and Joan in the May issue of Woman Alive.

Helen Bond and Joan TaylorHelen K. Bond is Professor of Christian Origins and Head of the School of Divinity at the University of Edinburgh. Joan Taylor is Professor of Christian Origins and Second Temple Judaism at King's College London. Together they have written: Women Remembered. A book that digs into biblical texts, the representation of women in art, and the way they have been remembered in inscriptions and archaeology.