‘As far as I was concerned, affairs were for characters in soaps and films, not Christian marriages!’

Babs Bray felt great compassion for Alice Evans when the news of husband Ioan Gruffudd’s alleged infidelity broke. Despite Babs’s heartbreak after her ex-husband’s affair came to light, she was determined to forgive her ex and do the right thing

After 13 years of marriage, Ioan Gruffudd reportedly told Alice Evans he didn’t love her and apologised for straying. There was no apology for me when my ex-husband had an affair with a friend of mine after 26 years of marriage. He just went. But one thing we have in common is that we both experienced the betrayal of someone we loved and trusted. We were both left hurt, angry and bitter. 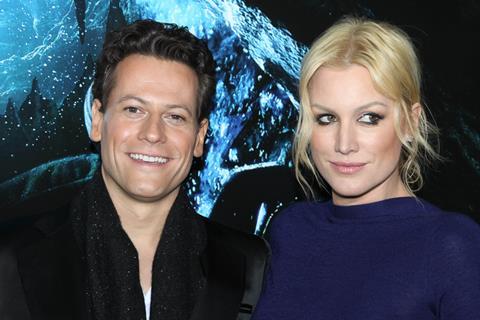 As a Christian, my ex-husband’s secret affair was probably even harder to fathom. There was never any discussion regarding any issues in our marriage. As far as I was concerned, affairs were for characters in soaps and films, not Christian marriages! We were supposed to be living godly lives and trying to do what was right.

Only God could sort it

I didn’t know how to react or who to tell the evening I found out after five months. I didn’t even know what emotions I was feeling. All I could do was to pray. I felt only God could sort it. My ex-husband had left me with heavy debts, including a mortgage I couldn’t afford, and had informed me he wasn’t paying for anything!

The early days were hard, especially coming to terms with being alone after all those years. I knew I wouldn’t cope financially on two part-time wages. Thankfully, many friends and family members helped me through those dark days, and I experienced many miracles as a result of constant prayer. I had a great church family, which supported me spiritually and practically.

Many times I turned to the Bible and a verse jumped out at me, encouraging me that God would never leave me or forsake me. Psalm 23 was particularly good, as I had faith that he would restore me. I constantly held to the fact that God was with me, and that he was my provider. My faith grew as I witnessed more and more financial miracles each month.

At the time, several people asked me how I could forgive him. I had received no apology, after all. But I believe forgiveness is a choice, and my decision to forgive him made me feel much better. I even wrote him a letter, thanking him for the happy years we had shared. I received no reply, but I knew it was the right thing to do. Throughout this time, I was conscious that I needed to do the right thing rather than what I felt like doing!

I am on the other side of it now, and have a wonderful husband of ten years, who has brought me so much happiness. For those who may be going through the same experience as me and Alice Evans, please remember there is light at the end of your dark tunnel and that God has a plan for your life. Like me, you can get through it, and maybe one day your story will help others.

Babs BrayBabs Bray loves to keep fit and attends a large church in Manchester. Her book, Through the Valley, is available via Facebook.