A new generation is watching Friends thanks to Netflix, but should your teenager be one of them?

Friends is having a comeback as a whole new batch of teens follow the exploits of the six main characters. Here writer Lauren Windle, explains why she thinks you should let your older children watch it and why you should watch it with them too. 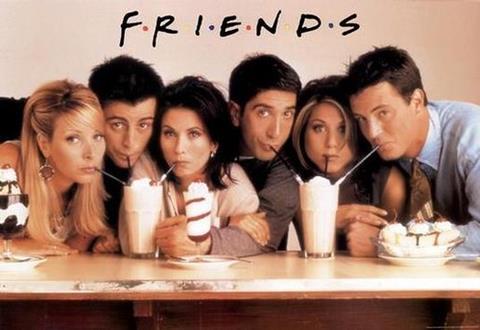 Last Christmas I was playing Heads Up with my family, a charades-like game where you describe something within a designated category for others to guess. My cousin’s 14-year-old daughter asked if we could tackle the “Friends” category and I was surprised. What did she know about a series that finished in 2004, four years before she was born? That’s when my cousin told me that Friends is back for a new generation, thanks to heavy publicity on Netflix. Apparently just like me and my mates – they love it.

I started watching Friends in 1999 when I was 11 years old. It was series five and Ross had just said “I take thee Rachel” during his wedding to Emily and a one night stand had kicked off Monica and Chandler’s romance.

I would say I was “Christian adjacent” when I was growing up, raised by a Christian mother but far more interested in other teenage pursuits. My mum liked parts of Friends and would sit and watch it with us from time to time, but there were elements of their lifestyles that she disapproved of. I remember her saying: “You’re not going to go around sleeping with people like this are you?” To which I replied that I would only have sex with people I was in love with, because I was a Christian. She said: “No! Not people you’re in love with, you’ll think you’re in love to loads of different people. Wait until you’re committed in marriage.” And that was the first time anyone had said that to me.

If you allow your children to watch it, you can be part of the conversation as they explore what these things are and what place they have in their lives.

If you allow your children to watch it, you can be part of the conversation as they explore what these things are and what place they have in their lives. You, like my mum, can challenge their perceptions of what’s “normal” and the depiction of these topics in the programme and redirect them towards Jesus. The truth is there’s no protecting them from any of these subjects, so better to have a seat at the table than let them be swayed by these shows… or far worse.