Meet Vas… a Ukrainian war refugee, loving father and man who was always proud of his God

It can be easy to detach from the realities of war when viewing press coverage from a distance, but each person is a unique, valuable and beautiful life. Here is just one of their stories…

This is the story of Vasyl. Vas for short. Vas was born in the Ukraine to parents who were peasant farmers. The definition of peasant is a poor smallholder or agricultural labourer of low social status. The word “peasant” in many ways defined Vas and as young boy he was very aware of his status. As the son of a peasant farmer Vas knew hunger and poverty, he also knew overwhelming fear and prejudice. 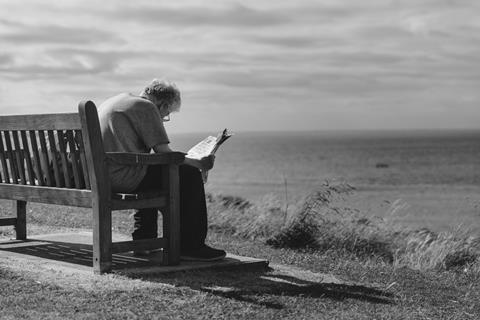 Today’s conflicts in the Ukraine are only the latest in a long history of battles over this countries existence as a sovereign nation and the story of Vas is being retold. But this story is not a political one. It’s a human story,

Vas came to Britain a war refugee holding a cardboard suitcase filled with nothing of significance. He came with the long lasting mental and physical scars of battle, fighting as a soldier alongside the Allied forces in World War II. Although he was war weary and in many ways defeated, he was also determined and resilient.

Vas was also a devout Christian and he wore his faith on his sleeve much like an emblem or a badge, he was proud of his God.

Vas was in many ways flawed and scarred by his experiences of war and conflict. But Vas was also a devout Christian and he wore his faith on his sleeve much like an emblem or a badge, he was proud of his God. He often spoke openly to his God, sometimes looking up to the heavens with his arms waving above his head, as if in dismay, but always ending his day by reconciling his troubles with the Lord.

Vas carried the acute struggles of his upbringing right the way through his life. But despite the aggressions he experienced, he grew into the kindest gentlest man you could ever meet. He never raised his voice or his hand in anger, he had no quarrel with his neighbours or work mates. He had good humour and his favourite prank was to leave a door swinging wide open when he left a room, so that someone was prompted to say shut that door Vas were you born in a barn. And he could then reply “yes I Vas”, chuckle to himself, and go on his way. It was a routine that never failed.

Vas preferred to converse in his own language, relying on others to translate as best they could. His command of English was limited and he routinely reversed sentences and phrases. His favourite lunch for example was cheese cottage on bread brown. Vas did bring much of his country’s rich and unique culture. He boiled his home grown beetroot for soup to within an inch of its life and hung curdled milk in cheesecloth above the sink in amongst the socks and pants on the suspended clothes wrack in the kitchen. His greatest passion was his garden He turned over much of the lawn (he called it the land) to growing vegetables and fruits, content in his own mind at least that his family would never grow hungry. Any food or fruit that was not used was pickled, pulped or stored in newspaper under the bed in the box room. He also had two other passions; Elvis Presley and Johnny Cash. He walked the line while the jailhouse rocked for sure!

He is one of hundreds, thousands and millions of men women and children refugees of today and tomorrow who are living in crisis and fear.

Vas was a war refugee. He is one of hundreds, thousands and millions of men women and children refugees of today and tomorrow who are living in crisis and fear.

Vas was my father. I remember him in these words: “Do not be anxious about anything, but in everything by prayer and supplication with thanksgiving let your requests be made known to God. And the peace of God, which surpasses all understanding, will guard your hearts and your minds in Christ Jesus.” Philippians 4:6-7

Let’s start the week with prayer for peace & reconciliation:

Dear Lord. We ask as we go about our daily lives today, that you help us turn mistrust into trust, fear into peace. Let peace fill our hearts and our minds and may we go about our work in harmony. Keep us lord from injustice and carelessness. When we find ourselves burdened by worry and stress remind us Lord of your power and your grace. We trust in you and you alone Lord God in Jesus name. AMEN