‘I had made peace with dying, but the thought of being crippled was harder’

After 15 years of a progressively debilitating illness, John Mark Comer’s wife, Tammy, was supernaturally healed from a curse last year. She talked to Jemimah Wright about her journey 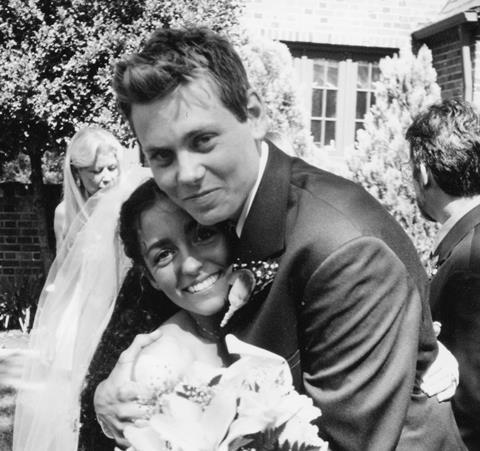 Tammy and John Mark Comer on their wedding day

Tammy Comer is the wife of John Mark Comer, the founding pastor of Bridgetown Church in Portland, Oregon, and author of numerous books – including the bestselling The Ruthless Elimination of Hurry (Hodder & Stoughton). Tammy and John Mark have been married for 20 years and have three children together: Jude, 16, Moses, 13 and Sunday, 12. They adopted Sunday from Uganda nine years ago.

The question John Mark Comer’s book, The Ruthless Elimination of Hurry asks is: “Who am I becoming?” It is an invitation to stop and look at what really matters, in order to focus on spiritual formation. If hurry is the greatest enemy of the spiritual life, as the book says, then Tammy was afforded time to stop – not because she wanted to, but because her ill-health forced her to.

“The start of my health limitations came when my first son was born. When I was five I was bitten by a tic and when I was eleven I was hospitalised with Lyme disease. After Jude was born, we knew there was something wrong with my body.

“I would be lying in bed, hearing my baby cry, and think: ‘if this is what being a mom feels like, why doesn’t anyone talk about it?’ I could hardly get out of bed.’”

Tammy had envisioned herself to be a certain type of woman; a strong capable one. “I didn’t want to admit to myself, or anyone close to me, how much I was struggling. I carried a deep disappointment at the limitations I was experiencing.”’

As the years went by, Tammy went to dozens of doctors’ appointments to try and figure out what was wrong with her. She was eventually diagnosed with post-Lyme polyneuropathy, as well as a digestive disorder. When it flared up she would get such severe fatigue that it made it hard to function and inhibited her ability to think clearly.

Then, about five years ago, something in her body broke.

“It started in my face. I began to have spasms in my eyes that eventually moved down my face and into my mouth as well. I was having bouts of shaking and I lost a substantial amount of vision.

“At first, the doctors thought I had a brain tumour, then spinal tumours. They tested me for all sorts of things. Eventually they concluded that I most likely had either Multiple Sclerosis or late-stage Lyme disease.

“It was a very humbling time for me. I couldn’t fake being in control when my body was shaking and I could hardly walk down the stairs without clinging to the handrail. But it was in my brokenness that God taught me to trust him. In my honesty before him, he met me.”

Wrestling in the suffering

What Tammy says she has learned through illness is that every day is a gift: “Most of us live with a sense of entitlement, even if we are not aware of it. We assume tomorrow will be like today, but, when you are sick, you don’t know what tomorrow will bring. Jesus showed me that I am more than what I do. I am loved and the beloved of God. But I had to grieve that my life wasn’t what I always dreamed it would be and, in that process of acceptance, God became my anchor.”

Still, there was one symptom the doctors didn’t understand – the spasms in Tammy’s face. Eventually, three years ago she saw a specialist. “He said: ‘I think you have a very rare neurological disorder. There is 50 per cent chance of it progressing, but don’t ‘Google it’, as it will scare you.’”

Tammy immediately went home and ‘Googled it’, as she didn’t think much could scare her at that point. She thought she had made peace with her limitations. However, what she read devastated her. If the disorder progressed, it would severely inhibit her ability to eat, talk or kiss her husband.

“I had made peace with dying, but the thought of being crippled was harder. I didn’t want my husband to have to take care of me. I hated the idea that I could be a burden to my family.”

Humans live under an illusion that we are in control

John Mark was out of the country at the time, and he called Tammy to see how she was. “I wouldn’t tell him on the phone. When he got home, we processed it together. He seemed at peace but I was devastated. I lived in constant fear of it progressing. I didn’t know if I could handle it if it did. Of all the things to lose, I didn’t understand why God would allow it to be my face. 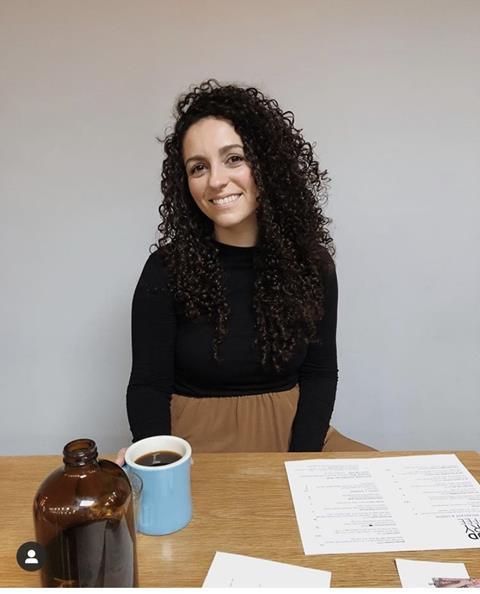 “I never believed my sickness was from him. We live in a fallen world, but I wrestled with God in that season. It was a whole other level of disappointment.”

The illusion of control

Again, God met her. “I felt him speak the scripture: ‘Peace I leave with you; my peace I give you. I do not give to you as the world gives. Do not let your hearts be troubled and do not be afraid’ (John 14:27). That was the day I chose to relinquish control to God…And it changed how I lived. I discovered a new kind of freedom when I was resting on him. I was no longer afraid.”

Sickness taught Tammy many things, including learning to be present in the moment and to be vulnerable with her husband, which brought a new depth in their relationship that she had not known in health. “My sickness forced me to deal with my ‘flesh’. I started asking a lot of questions that people ask at the end of their lives like: How do you die well?”

Humans live under an illusion that we are in control, when in reality we have control over only around 15 per cent of our lives. Tammy’s sickness reminded her of her humanity on a daily basis.

“We can’t always choose our circumstances, but we can choose our response.”

For 15 years Tammy lived with the progressive sickness. Then, on 14 October 2020, everything changed.   “My brother called to tell me he had discovered something. He learned that our great-grandmother from Mexico City had lived with a man she never married. He was a diplomat working between Mexico and Cuba. They had eight children together but he never mentioned that he already had a wife. He had put her in a mental institution and left her there.

“This woman put a curse on my great-grandmother and her bloodline, declaring that every firstborn girl would suffer from a terrible illness, or have an early death. We looked back on our family tree, and the facts were shocking: every firstborn daughter on my father’s side either died young or suffered from severe illness.”

Jesus showed me that I am more than what I do

Tammy is the firstborn daughter of her father. John Mark and Tammy contacted a godly man who had experience in breaking curses. When they met with him, and he called Tammy to the meeting room, her face spasms started reacting severely. 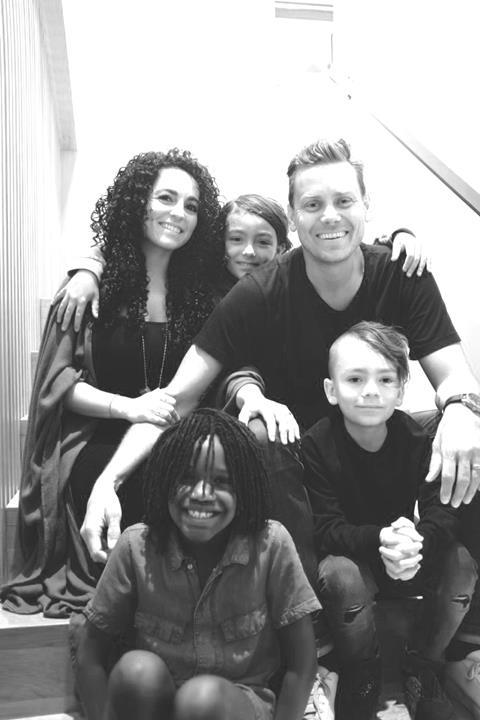 Tammy and John Mark Comer with their three children

She sat down and he broke the curse on her and her bloodline in Jesus’ name.

“It was unemotional and felt transactional, but at that moment my face went completely calm. I felt like something had lifted off me, and I have been completely healthy ever since.”

God met Tammy in the midst of her sickness, and he changed her through suffering.

Today, Tammy says: “The mantra of my life is: ‘Thank you…thank you…thank you.’ I never expected to be healed. It never crossed my mind that my sickness could have a demonic element to it, or that when we broke the curse my health would be restored.

“My desire is to encourage people to meet God in the reality of their story and let him redeem and bring value to the whole of our lives…even the sad or disappointing things.

“The things Satan means for evil, God can redeem for good – even if it isn’t the story we always dreamed about. I guess I just want people to know that God sees them and wants to walk with them in it. They are not alone.”