We hear from Tom Morgan about what life is like as a single and childless church leader, especially on days like Father’s Day. 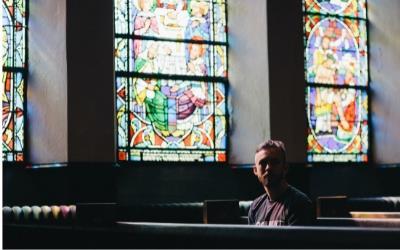 It was never my childhood dream to be single and childless as I turn 40. I assumed, wrongly as it turned out, that I’d be married by 25 and kids would follow. That was the model I saw at church and for many friends it has worked wonderfully. But, as every follower of Jesus knows, life contains all kinds of twists and turns that we didn’t see coming. God knows them all, but it’s often a good job we don’t! So here I am, shortly to begin my fifth decade, without children and highly unlikely to have any.

Father’s Day is not the trigger for me that Mother’s Day is for some of my childless female friends. Partly because it’s less of a thing culturally and partly because churches are super-sensitive around Father’s Day, keeping it low key for the many people who have complex relationships with their dads. But it’s probably also because childlessness is different for men than it is for women.

Bizarrely perhaps, Mother’s Day at church is harder for me. Full of visiting families, people are often suspicious of a single man in a church service full of families. And that suspicion only intensifies the older I get. If I don’t have a job or role to perform I have found going to church on Mother’s Day highly awkward because it seems to make visitors uncomfortable. It’s the same at Christmas.

Popular culture seems to equate the single and childless with the unfulfilled and unsuccessful. We want to know what’s wrong with them. But those of us who are single and childless can end up judging ourselves using these criteria, and internally can be our own fiercest critics. It makes the disappointment of unfulfilled dreams all the more painful, and can stop us grieving healthily for what we thought we’d have.

The New Testament paints a different story. Jesus was single and childless. As was Paul. This no doubt bought enormous challenge and we shouldn’t underestimate the social pressure they faced. But they used their singleness “for the sake of the kingdom of heaven” (Matthew 19:12).

The desire to have kids is God-given but not having children doesn’t mean I have to ignore my paternal instinct. The parable of the talents (Luke 19:11-27) has been massively helpful to me. The time came to stop worrying about what I didn’t have and be faithful with what I did. I get to encourage, champion, build up, laugh with and invest in others. It’s a choice, the same as being a good parent is a choice. Single, childless men have a huge amount to offer the Church. Keep encouraging us into it.