As darkness threatens Afghanistan, how can we pray?

Clare Blake explores how we can pray for the people of Afghanistan as they face a grim future under the Taliban, with special insight from an Afghan believer 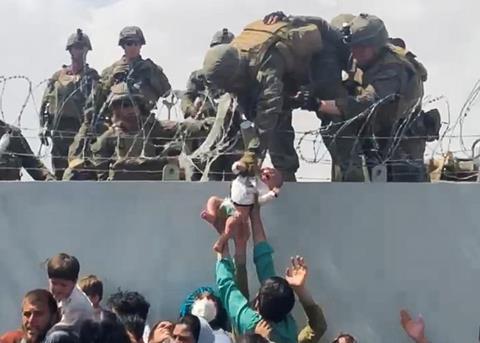 It wasn’t just other parents who found it almost impossible to watch a desperate Afghan mum throwing her baby over the razor wire at Kabul airport, weeping and begging British paratroopers to save her. People from all over the world had tears in their eyes as they looked on.

The Taliban’s former reign of terror was infamous for its harsh punishments when even minor infringements of its rules occurred. Public beatings, stonings and public executions – some by beheading – terrified the population into submission. Those most at risk now are women, especially educated women; girls as young as 15 who are to be offered as brides to Taliban ‘freedom-fighters’, and those from minority faiths, including Christianity.

Following Jesus has always been dangerous in Afghanistan, where Christians have been forced to worship in secret, but believers there now know that a day may come when they are faced with the choice to either convert to Islam or be killed. How do we even begin to pray in such a situation? It’s a comfort to know that God hates oppression and injustice, so we can start there.

· Pray for protection as the people of Afghanistan adjust to life under the Taliban.

· Pray for the vulnerable, especially women, children and the underground Church.

· Pray that the hearts of Taliban leaders and militia would be softened.

· Pray for world leaders to unite over this critical situation.

Using the Bible as a basis for prayer

Another beautiful way to pray was shared anonymously by an Afghan Christian via Open Doors, a Christian charity that supports persecuted Christians worldwide. This type of prayer gives a human face to those we are praying for, using the Bible as a basis:

Pray for the Esthers, that they can provide protection for the one they love. Pray for the Samuels, who may hear God’s voice calling out to them. Pray that they will say: “Here I am, Lord.”

Pray for Christian Davids, men with a warrior heart. Pray for the Lydias, faithful women serving the church. Pray for the Abrahams leading their families. Pray for the Noahs, Daniels, Ruths, Naomis, Peters, Pauls, Marys and Marthas. Pray for each character in the Bible and their Afghan equivalents.

Praying these powerful words connects us with our brothers and sisters in Afghanistan and causes our faith to rise, knowing that our God sees and our God hears.

Photo - A baby is handed over to the American army over the perimeter wall of the airport for it to be evacuated, in Kabul, Afghanistan, August 19, 2021 (via OMAR HAIDARI VIA REUTERS)