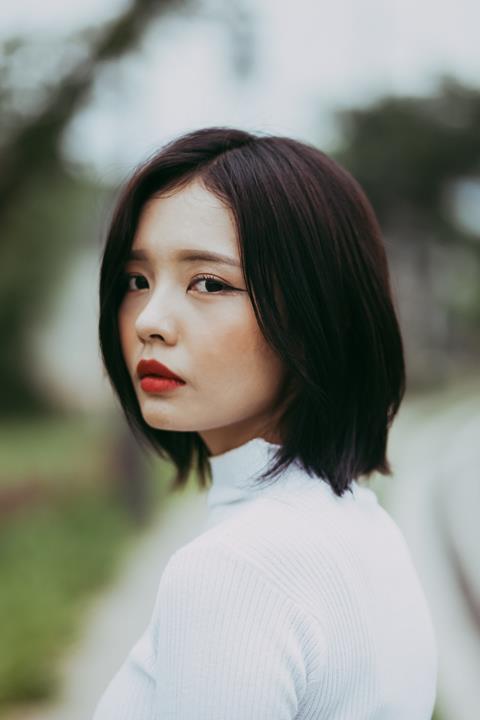 It started with a light being shone across my eye. The neurologist began the usual drill, reflexes tested, blood pressure taken. Then he flicked on the light-box above his head that showed two images; one a neat, smooth brain and another, cracked and damaged.

"You've been misdiagnosed. For years", the neurologist said. "This isn't in your head."

This isn't in your head. I roll the words around on my tongue.

After years of treatment for mental illnesses that never quite made sense to me, being presented with results I could physically see was a bizarre experience. No more, in my opinion, but hard facts, based on collated data.

"Well it is technically in your head, your brain to be exact," the doctor continued, as he pointed at the image, the one covered in crevasses that he identified as the organ housed inside my skull.

“Do you remember the genetic testing we did?”

"Unfortunately, you have something called Huntington's disease."

I'm relieved. I've never heard of this Huntington's so it can't be that serious. The doctor, sensing the positivity emanating from me, quickly snuffs it out.

There is no cure. I learn that a moment later. And few treatments, as I refuse stem cell on principle. And I've been misdiagnosed for 8 years by a psychiatrist who didn't bother to run any blood work before handing out diagnoses like sweets. My optimism stretched paper-thin cracks as the question demands an answer before I've recognized its need.

He fudged his answer, refused to be specific, but strongly advised me to use the next five years wisely. People fight cancer, fight infections, but neurology is like moving into a town where you slowly fade.

A neurological illness with psychiatric elements that neurologists refuse to treat with medication and psychiatrists refuse to study. I hold this concept, a pearl in my mind, pleased that I still have the brain power to hold this idea. I learn in the days that follow that as a female in my late 20's I am at high risk of falling in the neurological misdiagnosis trap. I report symptoms that my GP puts down to stress, that a psychiatrist puts down to anxiety and the pharmacist treats as depression. My brain, already dying by degrees treats these attempts as an assault and accelerates my symptoms, which no-on in the psychiatry department is even considering as having any other root cause than a psychiatric one.

At some point another doctor comes in, with glasses that remain on top of his head, who explains the progression of a degenerative disease. The one I now have. He moves on to systematically removing my independence. No driving. No rowing. No rock climbing. My world shrinks as the genetic code in my DNA expands.

The appointment ended as quickly as it began but I left a changed woman. It was as though a giant timer had appeared displaying five years. 60 months. 1825 days. As he led me out of his office to the waiting room, he planted a new seed, a thought. He handed me a pen and a piece of paper.

“Write a Bucket List,” he said, “of all the things you want to do.”

The blank page whispered of opportunity. I wasn’t dead yet. When I recycle this memory now, I can only put it down to the Holy Spirit because in that moment I wasn’t grieving the future I’d presumed I’d have. I’d started to embrace the present, empowered to make every moment purposeful. Our worship, as Christians, can be a song, a sermon and sometimes it’s as simple as a list.

Read more from Carrie-Jade Williams here on the Woman Alive blog next Monday.